Thirteen of the best candies from my childhood.  Notice there is no chocolate.  Chocolate goes without saying and may have a TT of its own sometime.

Gobstoppers may have been my ultimate favorite. 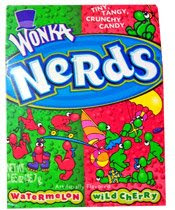 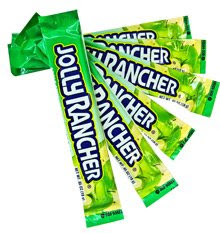 I liked apple, watermelon and FireStix flavors the best!  And the stix were way better than the little chunky things.

Makes me pucker just to think of these.

I had a real love/hate relationship with these things.  The wax was so nasty and then the liquid was good and yet strong and I wasn't sure I really  liked it, but it WAS candy, after all.

Zotz were awesome.  They had something fizzy and sour in the middle.

Candy and Jewelry combined!  How could you go wrong?

My favorite was the root beer cap. 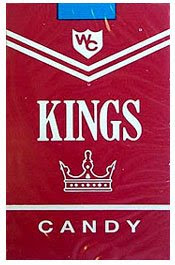 We could be so cool, at six.

I really only ate these when there wasn't any better choice.  I particularly associate them with garages.  We would take the car in for whatever, (how should I know) and they had those machines you could put a penny in and get a handful of candy.  Often, these were the only offering and so I would, of course, have some.  They are candy, after all.

What kid doesn't like Pixy Stix?
Posted by Kay Day at 6:36 AM