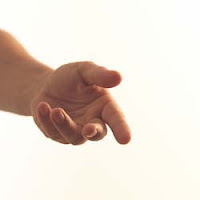 I saw a study on BBC a couple of weeks ago noting the increase in loneliness and isolation in the UK.  There has been a huge change since the Seventies in how connected people feel and in the sense of community.
We don't need a study to know this.  It's happening in the US, too.  Probably every modern nation is seeing the same trend.  Some of the causes mentioned are increased student populations, people moving more often, and a general lack of trust.  Although the feelings of isolation decrease trust.
If you watch an old movie or TV show and see the neighbors visiting on the front porch and having BBQ's together, it brings a sense of nostalgia and loss.  At least for me.  I think it's sad that people have pulled apart.
I am involved in church and a writers' group and a prayer group and the school.  But what about people who don't have any social network at all.  Most people have jobs that gets them involved with others, but I don't think close working relationships are the norm.  We've shut ourselves off and tend to keep it that way.
But how do people cope with life on their own?  I am so grateful for all of my friends and acquaintances.
Since moving to this house, I have been trying to get to know my neighbors.  I have invited them all to a party at my house this weekend.  Been to one of their houses for lunch and another for a party.  I have never had that kind of neighbor involvement anywhere else I've lived.
If we don't build meaningful relationships with people, then why are we here?
What are some ideas you have for reaching out to your neighbors?  What can we do to help people feel connected somehow?  Loneliness is a shame.  People may not even realize what they are missing, it's become such a common thing.
What are your thoughts?
Posted by Kay Day at 10:24 AM