God so loved the world 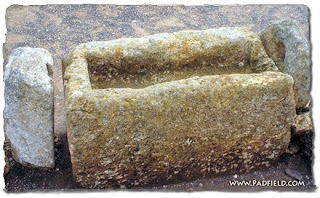 I lifted my eyes and looked, and behold, there was a certain man dressed in linen, whose waist was girded with a belt of pure gold of Uphaz.

His body also was like beryl, his face had the appearance of lightning, his eyes were like flaming torches, his arms and feet like the gleam of polished bronze, and the sound of his words like the sound of a tumult. Daniel 10:5-6

This is what *Jesus looked like when He appeared to Daniel.  And when John saw Him in a vision, He looked like this:

I saw one like a son of man, clothed in a robe reaching to the feet, and girded across His chest with a golden sash.

His feet were like burnished bronze, when it has been made to glow in a furnace, and His voice was like the sound of many waters.

In His right hand He held seven stars, and out of His mouth came a sharp two-edged sword; and His face was like the sun shining in its strength. Revelation 1:13-16

While they were there, the days were completed for her to give birth.

And she gave birth to her firstborn son; and she wrapped Him in cloths, and laid Him in a manger, because there was no room for them in the inn.  Luke 2:6-7

How do I wrap my head around that?

*Some believe this was an angel, but others, including myself, believe it was Christ.