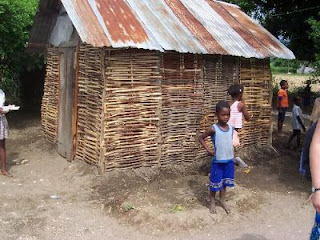 A commenter suggested that I may becoming more Christian Socialist in my outlook.  Well... no.  I don't think so.  I am not for socialism at all.
But I have been thinking about systems of government and I do think that in an ideal and perfect world, Socialism makes the most sense.  Everyone shares equally in the work and equally in the goods.  Those who cannot work are cared for equally by everyone.  The church even incorporated this methodology in the early days.  But it didn't last.  The problem is that we don't live in an ideal and perfect world.  Men are involved and men are sinful, broken and ultimately self-centered.  We have multiple examples of just how completely socialism fails.  I'll admit that a lot of that failure may have to do with the godlessness of the Communist ideology, but that's the world we are stuck in.  A godless, man centered world.
So, in light of our situation -- imperfect, broken, sin-filled -- I am against all forms of socialism.
On the other hand, I'm not real thrilled with Free Enterprise Capitalism, either.  You know those nasty reality shows where they put a bunch of strangers together and the one who can be the most deceptive, conniving, back-stabbing, and selfish gets rewarded with a million bucks?  That's kinda how I see Capitalism.  Oh, I know there are many wealthy people who have gotten there by ingenuity, hard work, perseverance, etc, etc, and they give generously to make the world a better place.  But for each person like that, there are many more who did absolutely nothing to gain their wealth, or they got there by deception, manipulation, theft, and stomping down everyone who got in their way.  Not to mention the fact that Free Enterprise encourages and rewards greed.
Free Enterprise has a great premise; anyone can make something of himself, those who work hardest get the most rewards, etc.  But again, because of this sin-tainted, broken world, it just doesn't work right.
I think a Kingdom would be the perfect system.  One that is ruled by a generous, loving, just, merciful, patient, and perfect King.  One who would give anything for the well-being of His subjects.  I live in that Kingdom.  And while it may be a bit ethereal for now, one day it will be a real, tactile, honest to goodness Kingdom here on earth.  I can't wait!
But back to the Christian Socialism thing and why I am not impressed with $500,000 club memberships.  One reason I'm not impressed is because I think one of the main purposes is to impress people.  I think a lot of people base their value and worth on the size of their house and the make of their car.  I think that's sad, but then we all have issues with how we determine our value.  But that's another post.  And another one.
Another reason why the big houses bother me is because they are empty most of the time.  I don't see the purpose for them other than showing off.
And, yes, I do look at them and think, wow, several hundred third world people could live there.  Not American's of course, we need our space.  And when I drove by some construction workers building a big gateway thingy for a big new neighborhood, I looked at all the bricks and the hard work and thought, "they could build two Nice houses in Haiti with that stuff."  Does that make me a socialist?
I do believe that Christians who have money to give should give.  I think if we were really doing our part, then we wouldn't need socialism in the government.  If we were feeding the hungry and helping the sick, the government wouldn't have to.  Does that make me a Christian Socialist?  Rather than calling it Socialism, I prefer to just call it Christianity.  If we were all living out our faith the way the Bible says we should, then I think the world would be a much different place.  I'm not their yet either.  I think a lot about these things, but I haven't quite come to the place of doing them.  But my eyes are open and I'm asking God where He wants me to make a difference.
Posted by Kay Day at 7:28 AM