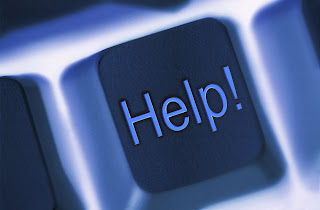 Maybe some of you have a better understanding than I do and can help me out.
First of all, I'm not worried or even anxious, I just want to know what is practical.  I believe God is in control of all things and I trust Him.  He never promised everything would be good or easy, but He promised to be with us and see us through.  So, I'm cool with that.
I read an article today where the guy was insisting that this crash is nothing like the crash in 29 that caused the Great Depression.  What I'm wondering is if that guy is an idiot or not.  He says that during the depression thousands of banks failed, people lost their life savings, employment rates were dismal and people were living in tent towns.  Well... yeah.  But did all of that happen the same day the market crashed?  And if these major banks keep failing, isn't it probable that thousands of smaller banks will, too?  Thus, people will lose their savings and on and on?
Already the BBC is reporting the effects on the European and Asian markets.  Things could right themselves, though, couldn't they?  Or not?
I'm not trying to be dismal or pessimistic, I just want to understand what is wise for me today.  I don't want to walk around with my head in the clouds and fall into a pit.  I'm trying to be realistic and wise.   Should I continue living as I have been, spending money the same way and therefore contributing to the economy?  Or should I cut back now, saving money for the day that we might really need it?  My husband works for the cable company doing computer stuff.  If the economy gets worse, cable is going to be one of the first things people cut.  How long will he be secure in his job?  So what do you guys think about all this?  Is there cause for any concern?  Should we just go on as we have been?  Or should we all cut back and start making due now?
By the way, I want to say that for us to keep on as we have been means a cash only system.  We don't do any credit.  I very much believe that people should stop buying on credit.  I think that will just compound the mess, myself.
We took a small loss in the crash yesterday.  The kids' college funds are the only thing we have and they fell.  I'm actually glad we don't have a lot of money to worry about losing!
I also want to point out that I am not in favor of the bail out.  I think it would help, but only temporarily and in the long run, just make the problem worse.  The government is already trillions of dollars in debt.  How does that work??
Admittedly I am very naive and uneducated in these matters.  So I am asking for your intelligent opinions.
Posted by Kay Day at 7:43 AM