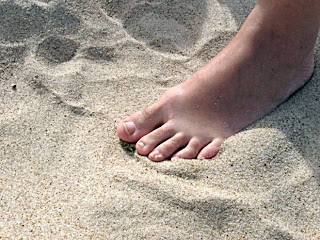 I remember one of my nursing instructors teaching us how to say 'no'. It comes up a lot in nursing. "Can you please work one more shift? I know you haven't been off in two weeks, but we really need you and you'll get double time."

So, this is what my instructor told us. "Just say 'no'. Don't give an excuse, don't explain, just say 'no'." I didn't know how to say 'no'. It took me years to really learn it. I was/am a people-pleaser and people aren't pleased when you don't do what they want you to, right?

Turns out that unless they are trying to staff a hospital, they don't really mind so much. I have found that people respect people who know their limits. Oh, there are a few who can't take it, but that's their problem, really, not mine. Some people have to learn how to hear 'no'.

But as for saying it? It's not really that hard once you start practicing. Because don't you hate that feeling of having so many things to do that you don't really want to do? Don't you get tired of the resentment you feel toward the people who asked. The truth is, all they did was ask. The resentment is really at yourself for getting sucked in again, right?

So, next time the Sunday School director says, "We really need someone to teach kindergarten next week." And you get a headache just thinking about it, say "No. Thanks for thinking of me. I hope you find someone else."
Next time your neighbor asks you to babysit and you hate babysitting, say, "No."
In fact, I've been pretty blunt and said, "I really don't like babysitting." That probably didn't go over very well. I'm sure they thought everyone should adore spending time with their children.

Just saying 'no', seems so rude. But here's the thing, if you give an excuse, they will counter it. Don't explain.

What about service? What about putting others before ourselves and all that?
If God asks you to teach that class, go for it. If you feel led to babysit, do it.
But if you will be full of anger and resentment, if you will be so overbooked that you don't have time to live your own life, say 'no'.

I've said 'no' to things and had people not respond that well. But they got over it. And I got over it immediately. Having people not be pleased with me turns out to be preferable to all of the yuck I feel when I say 'yes' to something I don't want to do. The relief that comes with 'no' is almost immediate.