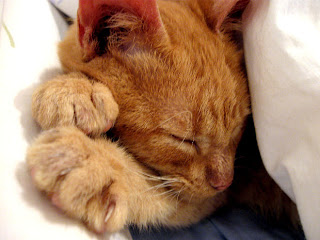 My dreams never make sense. They are always surreal, confusing, and often frustrating.
I seldom have what would be called nightmares, but often my dreams have a creepy feeling.

But, many times my dreams are very entertaining. Recently I had a dream that included Steve Martin (I considered showing him my impression of the Steve Martin dance, but decided against it), Todd Agnew (we were on the way to one of his concerts), and Duff.

Once, a long time ago, I dreamed I was in a TV show with Michael Landon. There was a cool song playing in the background and everything. I even sang it for a while after I woke up, but then it faded away. It probably made no sense, anyway.

Another time I dreamed I was making a movie with Chuck Norris. We were dodging bullets, dashing from doorway to tree. I knew it was all fake, so there was no fear, just fun.

What are your dreams like?
Posted by Kay Day at 6:57 PM

Email ThisBlogThis!Share to TwitterShare to FacebookShare to Pinterest
Labels: random